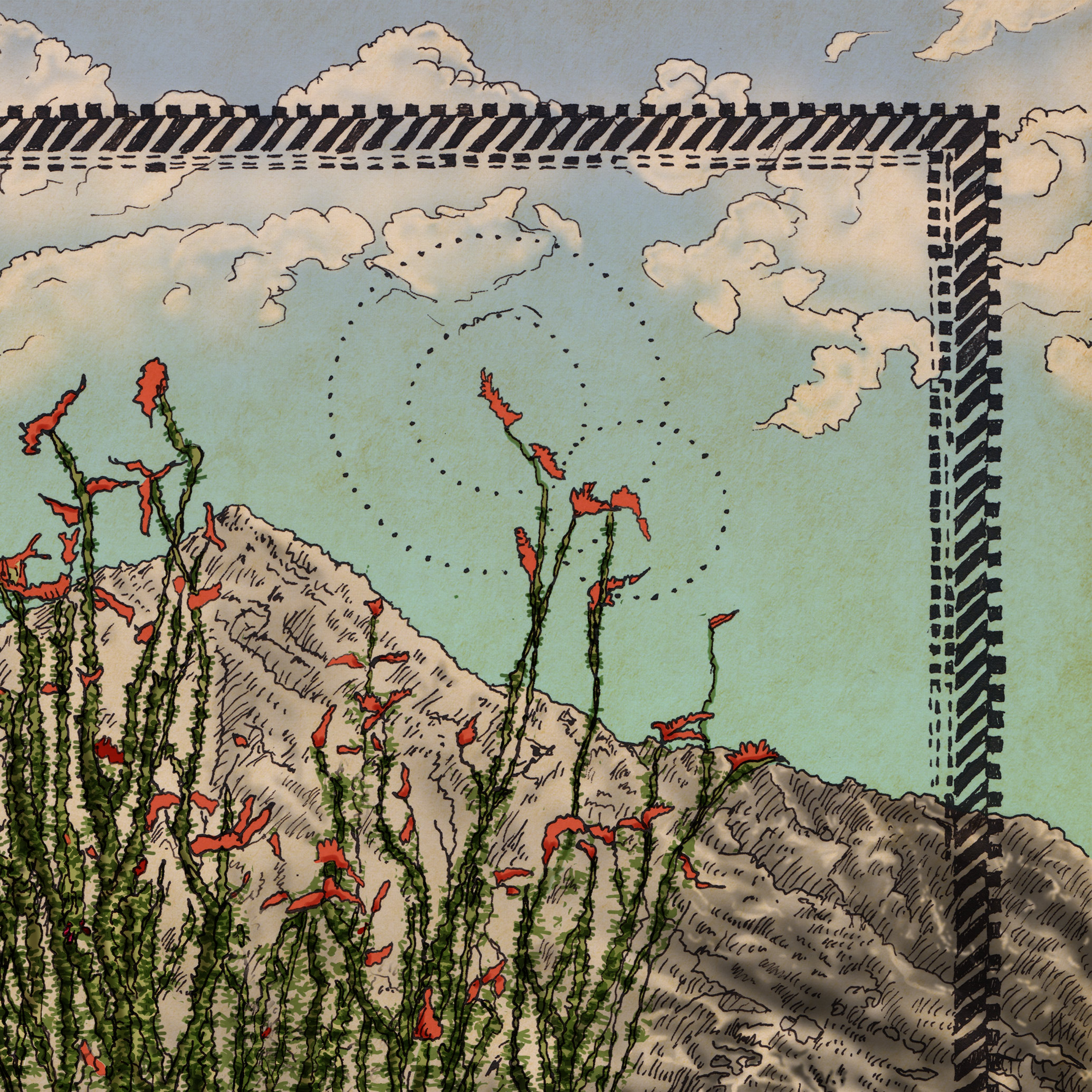 In the Sonoran Desert, some areas get more rain than others. Around Tucson the yearly rainfall is 12" but in the El Pinacate y Gran Desierto de Altar it's closer to 3" if any at all.  Rain is usually randomly sourced by a Pacific hurricane or tropical storm coming inland to die. So hardy adaptive plants like the ocotillo growing in an area with less rain may look young but actually be very old.

How old? Sometimes more than 100 years old. Here's some interesting photos. Notice the cactus growth on the left and the relatively unchanged ocotillo on the right after 86 years.

In between rains, ocotillo dials its' metabolism down to a crawl and appears to be a bundle of dead, spiny sticks. When rains occurs it springs into action by sprouting leaves and bright red torch-like blooms. Pollinators like carpenter bees and hummingbirds are attracted to the blooms.

This one was found in the Gran Desierto de Altar at the foot of the Sierra del Rosario mountains. I was taken by the height of the ocotillos in this area compared to most of the shorter, ground-hugging plants and the sound of wind through their spiny branches. 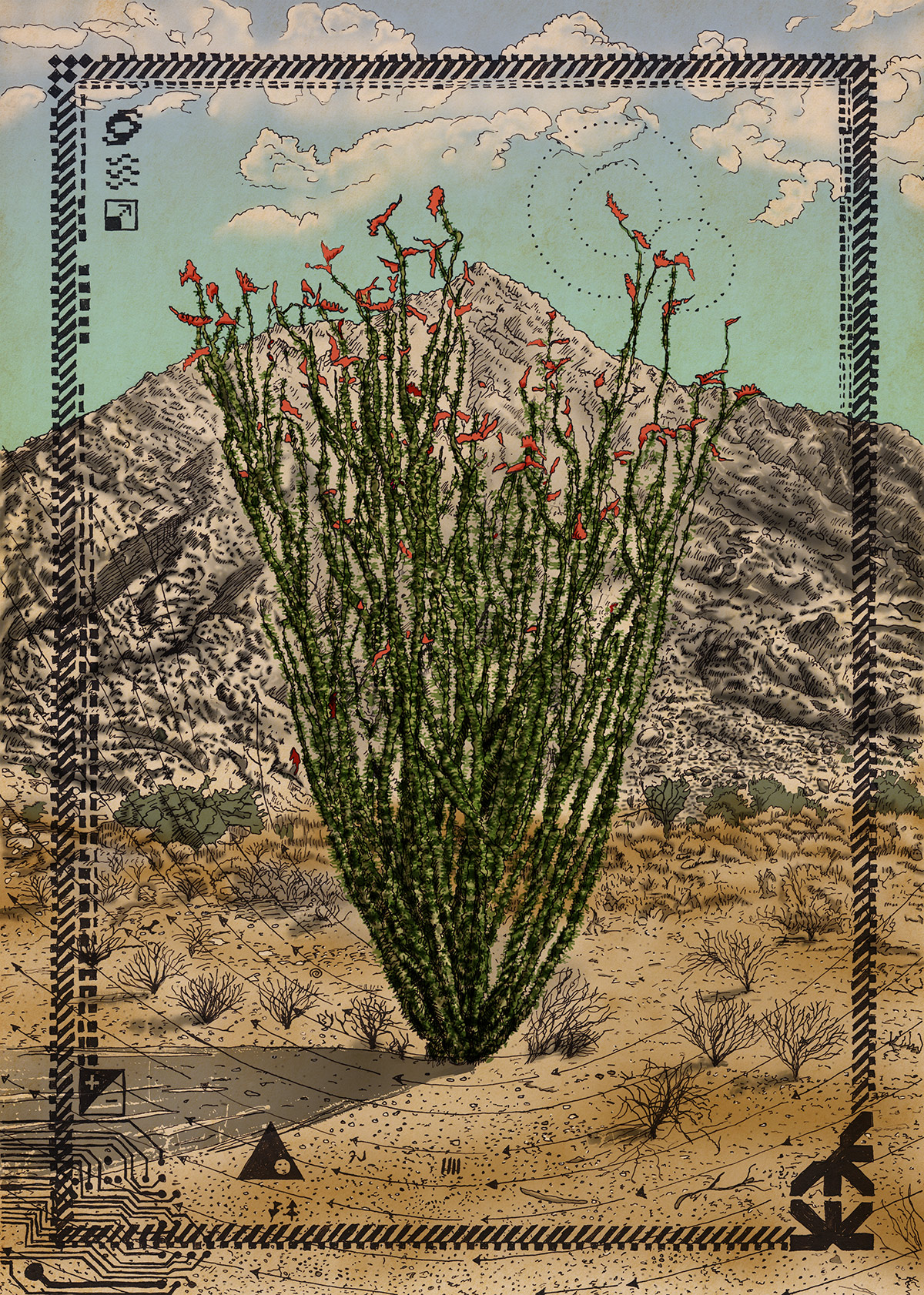 Posted by Tom Baumgartner at 9:16 AM